Beginning with your first class, Chase will be preparing you for a single goal: to be ready to pass a bar examination and practice law. Combine classroom education, experiential learning, and assistance from experienced career counselors, and you will have the training and guidance you need for the career you want.

An on-campus interview program arranges interviews for students with participating law firms, government agencies, and corporations. It is an efficient way to make first impressions with multiple employers and to develop a comfortable approach to interviews.

Job boards are good places to begin a search, through Chase Connect, the Intercollegiate Job Bank (you will need a username and password from the Career Development Office), and reciprocity agreements Chase has with other law schools’ career offices (please contact Lisa Moore at moorel1@nku.edu or 859-572-5354 so we can request reciprocity services for you.)

Whether a judicial clerkship is with a state or federal trial or appellate judge, the experience in legal research and writing can be career enhancing. Most federal judges use the OSCAR system for hiring clerks during early fall of a final year of law school for positions that begin the summer or fall after graduation.

Practicing in a small city or rural area can be a direct path to career independence and community leadership. Chase offers guidance on this opportunity through the Rural Practice Initiative. The Career Development Office moorel1@nku.edu has the details.

To start thinking now about a career search, these resources can help you

myGPS provides information to achieve your goals for professional success. Select a career field below to learn about courses, experiences, and other factors to consider in preparation for your career in law.

Where Your Law Degree Can Take you

Becoming a lawyer can open a multitude of career opportunities, either in the traditional practice of law or fields in which having a law degree can be an advantage. These are some of the places a law degree can take you, and are typical of Chase graduates’ career paths:

Private practice includes everything from a one-lawyer solo practice to large firms with more than 90 lawyers. In between are small firms of two to 25 lawyers and mid-size firms of up to 90 lawyers. Some small firms are “boutique” practices that concentrate in a very specialized area of law, while others have broader practices in some of the same areas of law as mid-size and large firms. Large firms often have specialty practice sections that focus on particular areas of law. Most large firms and some mid-size firms hire summer associates, generally for the summer before a final year of law school, with the anticipation of considering them for employment following graduation. Small firms typically hire as needs arise.

Corporate and business careers include in-house counsel with a company, which can be the staff lawyer in a small company or part of a large legal department in a large corporation. Some enterprises seek to hire lawyers for positions such as trust officers in banks, adjusters or brokers with insurance companies, and editors at law-related publications.

Government careers include the practice of law and regulatory or administrative oversight. Among the options are local government law departments, prosecutors’ offices, state and federal agencies, attorneys general offices, and public defenders offices.

Military careers are generally in the Judge Advocate General Corps in each branch of the military. The military system of law essentially mirrors the civilian, with lawyers serving in areas such as prosecution and defense in discipline and criminal cases, civil and international law, and regulatory and administrative law.

Judicial clerkships in state and federal courts offer a complexity of work that can be a foundation for career advancement. Clerks are essentially assistants to judges, providing research, drafting, and editing support.

Public interest careers include legal aid programs for people unable to afford a lawyer or in litigation for advocacy groups in any number of fields, including consumer, religion, environment, and government accountability.

Academic careers can be in law school or undergraduate instruction or administration.

Juris Doctor-advantage careers do not require a license to practice law, but are ones in which a law degree can provide an advantage in being hired, fulfilling job duties, and advancing. Among them are bank officer, editor, nonprofit director, legislation analyst, insurance administrator, and investment banker.

Just as your identification with Chase continues as an alumni, so does Chase continue its assistance to you through the Career Development Office. Assistance is available in career planning, résumé and interviewing preparation, and networking and job search strategies.

Alumni may search jobs nationwide posted online through Chase Connect. Alumni who are not registered with Chase Connect may contact the Career Development Office by email to moorel1@nku.edu for access and instructions.

Alumni may also search jobs through reciprocity agreements Chase has with other law schools’ career offices (please contact Lisa Moore at moorel1@nku.edu or 859-572-5354 so we can request reciprocity services for you.)

These online resources can be of help to

how to hire Chase students and graduates

Along with an education in fundamental legal doctrines, Chase students and graduates have significant training in practical skills. The Career Development Office offers employers direct access to students and graduates. The Alumni Career Network is available to alumni who want to be a resource or utilize it.

Employers who would like to participate in the on-campus interview program to interview students may sign-up for OCI in Chase Connect.

The Chase commitment to equal opportunity: Chase provides all students and graduates with equal opportunities for access to employment, and follows nondiscrimination policies of Northern Kentucky University and the Association of American Law Schools. Chase provides equal opportunity to obtain employment, without discrimination or segregation on the basis of race, color, religion, national origin, sex, gender (including identity and expression), sexual orientation, age, disability, or status as a disabled military veteran or veteran of the Vietnam era. Employers agree to comply with such non-discrimination policies in their hiring policies and practices, when interviewing students, participating in on-campus interview programs, posting job opportunities, utilizing a Chase-authorized online résumé database or résumé collection service, or otherwise utilizing services of the Career Development Office. A limited exception to this nondiscrimination policy exists for military recruiters to the extent that employment and hiring practices are permitted by federal law. Please direct questions about Career Development Office policies to Lisa Moore, director of career development, at moorel1@nku.edu or 859-572-5354.

What the Career Development Office can do for you 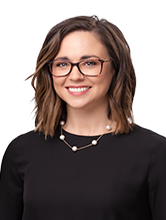 “The Career Development Office helped me focus on career goals starting the first week of my 1L year, and never stopped sending me opportunities for which I could apply and helping me develop my marketability. Without this guidance, I would not have secured my first summer associate position, and I know that without that first position I would not have my current job.” 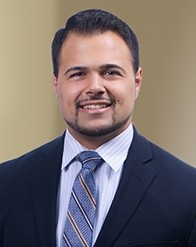 “The Career Development Office was always willing to review my application materials and answer any questions as they arose. It was through this resource that I learned of numerous job opportunities and was able to meet attorneys practicing in my area of interest.” “The Career Development Office played a significant role in my legal journey. Director Lisa Moore was a great resource for candid feedback and invaluable advice. She one time convinced me to attend a networking event I had presumed I could skip, and it was that event that became the catalyst to my legal career.”

Who will help you