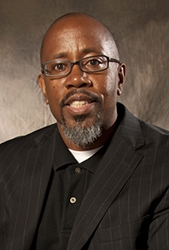 David A. Singleton is an attorney and Executive Director of the Ohio Justice and Policy Center (OJPC). The OJPC is a non-partisan, nonprofit, public interest law office based in Cincinnati whose purpose is to reform Ohio's justice system.

After moving to Cincinnati in 2001, Mr. Singleton practiced at Thompson Hine before joining OJPC as its Executive Director in July 2002. He joined the faculty here as a Visiting Professor during the 2007-2008 academic year. He teaches a seminar on Constitutional Issues in Criminal Justice and the Constitutional Law Clinical Externship.

To Love or Not to Love:  The Possibility, Promise and Peril of Mutually Transformative Attorney-Client Friendships, 46 Seton Hall L. Rev. 743 (2016)

What is Punishment? The Case for Considering Public Opinion Under Mendoza-Martinez, 45 Seton Hall L. Rev. 435 (2015) SSRN

“Representing Sex Offenders,” chapter in Monroe Freedman and Abbe Smith, How Can You Represent Those People?, Palgrave MacMillan (2013).

Recognized by Cincinnati USA Regional Chamber in its “We Are Making Black History” campaign to recognize works of area African American residents (February 2020).

Panelist, “Where We Stand,” a prime time program on WLWT Channel 5, which looked at issues on criminal justice and the black community for Black History Month. (February 2015)

Panelist, “The Elephant in the Room:  A Conversation About Race,” Northern Kentucky University. (February 2015)

Presenter, disccused the chapter he wrote for How Can You Represent Those People, titled, "Representing Sex Offenders,” University of Cincinnati – Blue Ash.

Participated on a plenary panel on "The PDS Effect:  Transforming Law Schools into Institutions for Change" for the PDS in the Legal Academy Conference, Washington D.C. at Georgetown.

Interviewed by Cincinnati Enquirer, “Did You Say You Wished African-Americans ‘Weren’t There?’”, (August 24, 2013)