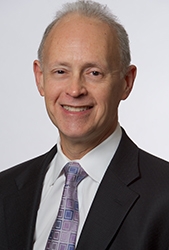 Professor Chavez received his B.S. in Accounting from Loyola Marymount University and his J.D. from Yale Law School. He teaches Civil Procedure and Environmental Law, and he has previously taught Contracts, Corporations, Election Law, and Legal Research and Writing.

Prior to teaching, Professor Chavez primarily litigated cases under the Voting Rights Act of 1965. He received a Special Achievement Award from the U.S. Department of Justice for his work in the Civil Rights Division's Voting Section.

Professor Chavez subsequently served as the director of voting rights litigation for the Mexican American Legal Defense and Educational Fund. As a result of his work, the secretary of commerce appointed him to serve on an advisory committee to help reduce the minority undercount for the 2000 Census. He has also testified regarding voting rights or census issues before the U.S. House Judiciary subcommittee and the California Assembly, as well as before local governments, community groups, and professional organizations.

Professor Chavez is licensed as both an attorney and a certified public accountant in California. He left his position as the Director of Legal Research and Writing at the University of California at Davis to teach at Chase. He has written regarding climate change and climate engineering, the redistricting of election districts, and the decennial census.

A Napoleonic Approach to Climate Change: The Geoengineering Branch, 5 Wash. & Lee J. of Energy, Climate, and the En't. 93 (2014) SSRN PDF

The Politics and Governance of Negative Emissions Technologies: Between the Paris Agreement and the Anthropocene, Utrecht University, Utrecht, The Netherlands (June 2017)

The Future of the Voting Rights Act, University of California at Davis School of Law (2010)