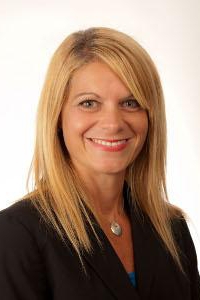 "I have always operated from the belief that law is a service profession. We learn by doing, and we grow by giving. The externship program offers Chase students the opportunity to not only put law in motion, but also to serve clients, community, and the profession as a whole. I'm proud to be a part of an institution that values helping others."

Prof. Jennifer Kinsley is one of the nation’s leading Constitutional law scholars and practitioners.  Her research, which has been widely cited and is included in leading Constitutional law textbooks, focuses on the First Amendment right of free expression, particularly as it is applied within the context of criminal cases, and related criminal justice reform.  Prof. Kinsley’s research on the intersection of psychology and speech and the criminalization of speech has been published in leading law reviews, including the Emory Law Review, the Cincinnati Law Review, the Richmond Law Review, the Louisville Law Review, the New Mexico Law Review, the Loyola Chicago Law Journal, and the Vanderbilt Entertainment Law & Technology Law Journal.  In the field, she has successfully represented thousands of clients whose free speech and civil rights have been persecuted by the government, including Black Lives Matter protestors, artists, filmmakers, adult businesses, human trafficking survivors, juveniles sentenced to life in prison, and those facing the death penalty.  Her work is regularly featured in the national news, including on NBC Nightly News, in the New York Times and Washington Post, and as part of Kim Kardashian West’s The Justice Project documentary on the Oxygen Network.  In addition, Prof. Kinsley regularly submits amicus briefs to the United States Supreme Court and Courts of Appeals on important issues of constitutional law.  She has lectured around the world on matters of free speech law, including at the Supreme Court of Turkey and to aspiring civil rights lawyers in Russia.

At Chase, Prof. Kinsley serves in a number of roles.  In addition to teaching Constitutional Law and litigation skills courses, Prof. Kinsley also directs the field placement program, which enables students to earn academic credit for work in the field.  Prof. Kinsley routinely mentors students to help them transition from the classroom to the day-to-day practice of law.  Through her role as the Associate Dean for Professional Development, Prof. Kinsley oversees the law school’s bar exam success program, which includes the early introduction of bar-tested subjects and formats and focused law school courses that improve students’ test-taking skills.  Prof. Kinsley also serves the University as a member of the Faculty Senate, the Faculty Benefits Committee, and the Parking Appeals Board.

In her spare time, Prof. Kinsley is an active community volunteer.  She serves on the Board of Trustees for Contemporary Dance Theater, a Cincinnati-based arts organization that presents modern dance companies from around the world, and feeds the homeless and food-insecure once a month through the Sunday Light Live program in Covington.  She enjoys distance running, word games, college sports (Go Gators!), and spending time with her husband and five busy children.

Amicus curiae brief to the United States Supreme Court On behalf of the National Association of Public Defense Aksu v. California, No. 16-1009 (April 14, 2017)

Amicus curiae brief to the New York Court of Appeals On behalf of the First Amendment Lawyers Association For the People Theaters v. City of New York, No. APL-2015-273 (March 18, 2017)

Amicus curiae brief to the United States Court of Appeals for the Sixth Circuit on behalf of the Center for Democracy & Technology, the First Amendment Lawyers Association, and David G. Post, Doe v. Snyder, Nos. 15-2346, 2486 (Jan. 11, 2016)

Amicus curiae brief to the United States Supreme Court on behalf of the First Amendment Lawyers Association in Susan B. Anthony List v. Driehaus, No. 13-193 (March 2014)

Girls To Thrive: A Conversation with Alexis Martin, Clinton Foundation, May 21, 2020

Children in Prison: Legal Pathways for Children to be Tried and Sentenced as Adults, Glenn W. Weaver Institute for Law and Psychiatry, University of Cincinnati College of Law, May 3, 2019

Quoted in, Carden ‘Gets the Art of the Possible:’ Ethics Probe, Residency, Lack of Other Candidates Raise Concerns for Some, Cincinnati Enquirer, (December 3, 2013)

The First Amendment and Popular Culture, The University of Cincinnati Institute for Learning In Retirement, Cincinnati, Ohio (November 2007, 2008, 2010, 2011)