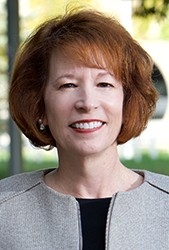 Chase College of Law Dean Judith Daar is a co-author of an analysis published by JAMA, the prestigious Journal of the American Medical Association, of potential impacts on treatment for infertility should the U.S. Supreme Court overturn Roe v. Wade. Techniques such as in vitro fertilization could be subject to restriction or prohibition under state laws enacted to address abortion.

The analysis – written with co-authors I. Glenn Cohen of Harvard Law School and Eli Y. Adashi of Brown University Department of Medical Science – enters the national debate surrounding the unauthorized disclosure of a draft, potential majority opinion of the Supreme Court that would overturn the almost 50-year precedent of Roe v. Wade that secures a constitutional right to abortion.

While the possible decision in June in Dobbs v. Jackson Women’s Health Organization would not directly address such assisted reproductive technologies as in vitro fertilization, it could provide a basis for legislation to restrict or prohibit long-utilized medical practices that assist conception.

“Post-Roe, it will be very difficult to argue for a constitutionally protected right to use various forms of assisted reproductive technologies,” the authors wrote. That potential impact, they explained, could arise because:

• In vitro fertilization often involves freezing embryos and pre-implantation genetic testing. Those procedures can involve discarding of embryos, “either because patients no longer wish to procreate with stored embryos or because test results reveal genetic abnormalities.” Because discarding an embryo does not prioritize “potential life,” restrictive laws “could survive constitutional challenges under a post-Roe rubric,” the article notes.

• There is very little precedent concerning a potential constitutional right to use assisted reproductive technologies. Thus, there is no established body of law protecting the practice, and states could move forward with implementing restrictions.

Politically, though, perspectives on abortion and assisted reproductive technologies differ. Advocates for restricting abortion seem to have less interest in restricting in vitro fertilization, the authors observed. That could mean that possible restrictions on assisted reproductive technologies could be more likely to be driven by political rather than constitutional concerns, Dean Daar and the co-authors wrote.

Dean Daar, the Ambassador Patricia L. Herbold Dean of Chase College of Law, is a nationally recognized expert on legal and ethical issues of assisted reproductive technologies and is a previous chair of the Ethics Committee of the American Society for Reproductive Medicine. Co-author I. Glenn Cohen is the James A. Atwood and Leslie Williams Professor of Law and faculty director of the Petrie-Flom Center for Health Law Policy, Biotechnology & Bioethics at Harvard Law School. Co-author Eli Y. Adashi is professor of medical science and former dean of medicine and biological sciences of the Warren Alpert Medical School of Brown University.

The JAMA article is available at https://jamanetwork.com/journals/jama/fullarticle/2793281