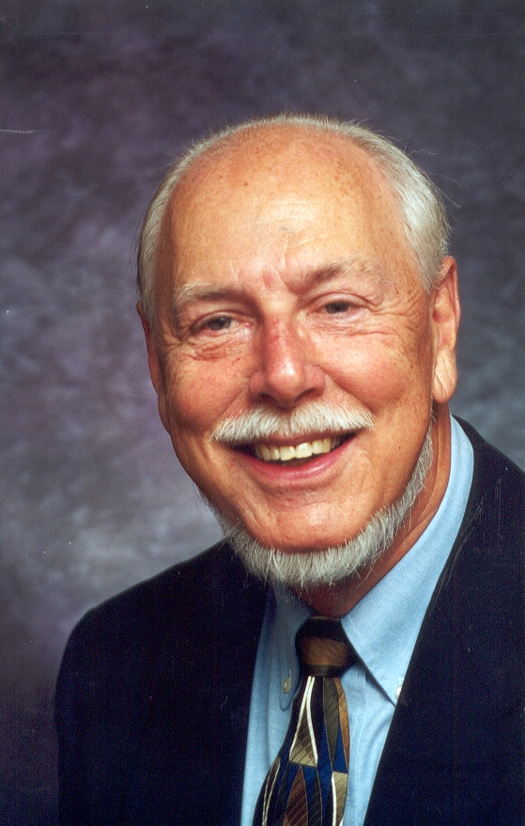 Chase Dean Emeritus William R. Jones literally moved Salmon P. Chase College of Law into its modern era – physically to the Northern Kentucky University main campus, from a hilltop satellite campus, and academically into membership in the Association of American Law Schools. Following his death in late March, at the age of 97, Chase Professor Steve Stephens, who succeeded Dean Jones as dean of the college, remembers him as leader who inspired others to lead with him and as a man of style who was a mentor and a friend:

William Rex Jones (he never used Rex, claiming that it made him sound like a dog) was my friend, but more importantly, my mentor. I was honored and pleased to serve as associate dean during his tenure, from 1981 through 1985, and learned much under his leadership.

Bill first appeared on the Chase campus, then in Covington, in November 1980, as a candidate for the decanal position. It was apparent to all at the first meeting that Bill was going to cut a wide swath: immaculately attired, complete with London Fog-belted trench coat, as he stepped out of a new Mazda RX-7; a true “take charge fellow” – and take charge, he did. After surveying the landscape during the 1980-81 year, Bill commenced the fall of 1981 by defining 20 areas he deemed to be in need of evaluation, and divided the faculty into task forces, each of which was assigned discrete topics upon which to prepare position papers. Those papers were presented in the late winter of 1982 at a faculty retreat at Shakertown, Kentucky, and the results thereof established academic policies and procedures that continue to this day. Those changes resulted in Bill being able to successfully advocate for the law school’s inclusion in the Association of American Law schools, membership which was conferred at its January 1984 meeting.

It is indeed a daunting task to encapsulate Bill‘s storied life and experiences in but a few paragraphs. A World War II veteran, after his service, Bill started out his career selling Mack trucks throughout Kentucky. He then became executive vice president of Paul Miller Ford, in Lexington, and simultaneously opened and successfully ran an automobile trim shop. Given his intellectual capacity, he soon became bored with these two endeavors and decided to enroll at the University of Kentucky College of Law – at age 44 – while continuing both automotive endeavors! As a testament to his intellectual heft, Bill graduated in two and a half years, achieving Order of the Coif honors – while running between classes to manage his economic endeavors! He was honored by receiving a Cook Fellowship to the University of Michigan, where he obtained his LL.M in 1971. Prior to coming to Chase, Bill spent nine years as a tenured member of the faculty of Indiana University School of Law-Indianapolis.

"He was an avid and excellent tennis player, as will attest his good friend, Judge William O. Bertelsmann. He had a marvelous sense of humor, and served as an inspiration to all by living his life to the fullest. I will sorely miss him."
– Professor Stephens was dean of Chase College of Law from 1985 to 1992; he currently teaches Evidence,
Trial Practice and Mediation.

During his legal career, Dean Jones was a professor who taught regularly until he was 91 years old and also a leader in professional associations and on public commissions.

Prior to Chase, he was on the faculty of Indiana University School of Law-Indianapolis. His academic career also included serving as a visiting professor of law at Nova University Center for the Study of Law and at Nova Southeastern University Law Center, as a guest lecturer at Queen Mary College, University of London, and teaching at Culalongkorn University, Bangkok, Thailand, and Kagawa University, Takamatsu, Japan. He primarily taught Criminal Procedure and Criminal Law, Contracts, Remedies, Evidence, Elder Law and Professional Responsibility. He published several books on criminal procedure.

Professionally, Dean Jones served on numerous committees of the American Bar Association, the Association of American Law Schools, and the Law School Admissions Council. He was a member of the Kentucky Public Advocacy Commission, and also the chairman. He received the Public Advocate Award for his years of service in pursuit of fair processes for individuals accused or convicted of a crime.